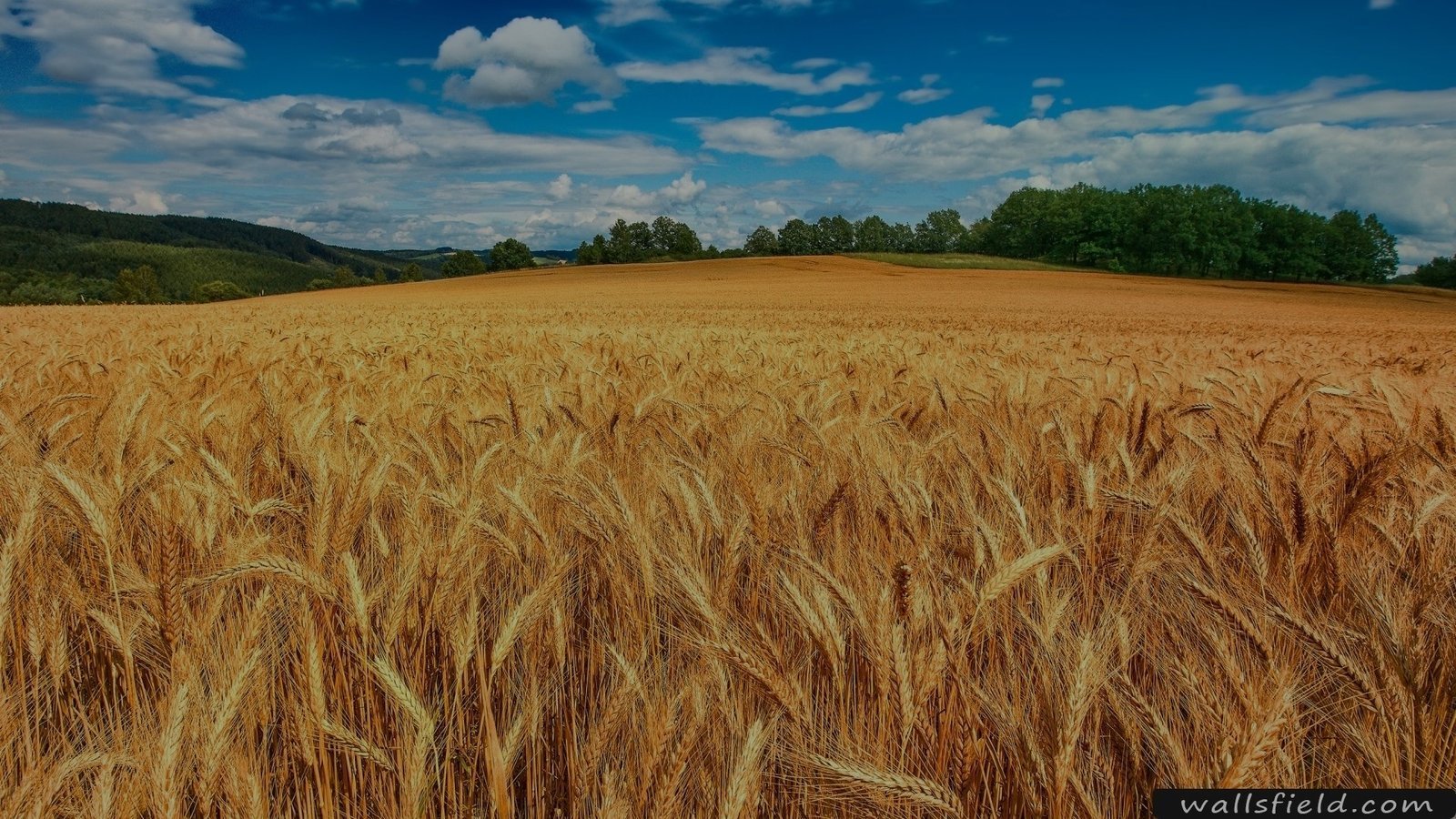 Everything that You Have to Know About an F1 Labradoodle 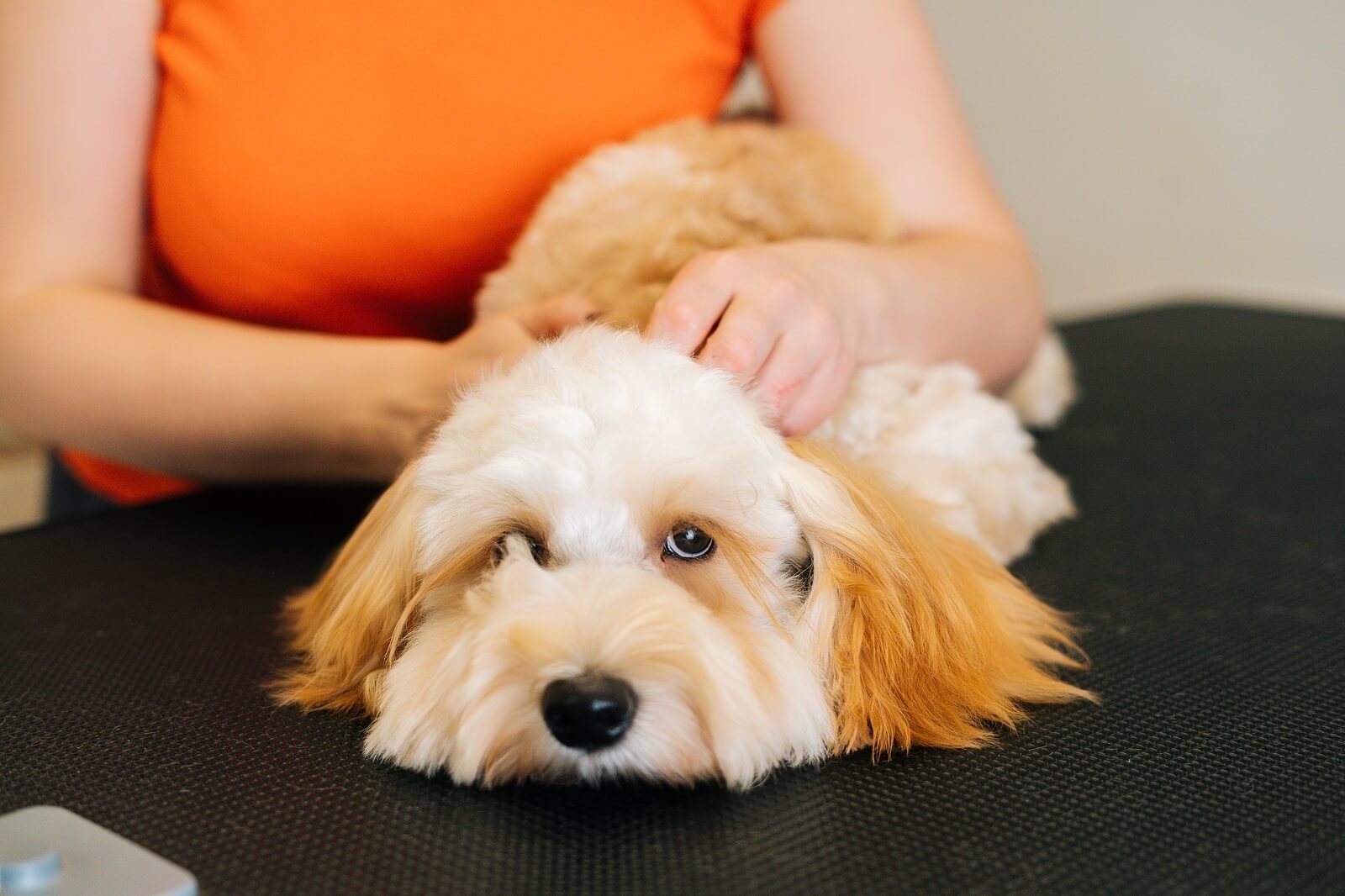 Posted at 15:52h in Labradoodle by SEOpls 0 Comments
0 Likes

Labradoodles are nothing new. These cute cross breeds between the beloved labrador and majestic poodles have captured the hearts of many dog lovers across the world.

However, have you heard about the F1B Labradoodle? What are they, and how are they different from just plain Labradoodles? Find out here.

What is an F1B Labradoodle?

The term “F1B Labradoodle” refers to the puppy that is the offspring of either a purebred labrador retriever or a purebred poodle with an F1 Labradoodle parent. These are also known as Labradoodle F1 b or Fb1 Labradoodle. This might sound a bit confusing, but knowing the meaning behind “F1B” will be helpful.

F1B is a labeling convention used for mixed breed dogs. The initials stand for

This is a word used to describe the relationship between a parent and its offspring. In the case of F1b Labradoodles, its filial relation is that one parent is either a purebred labrador or poodle while the other is an F1 Labradoodle.

The Number After F Refers to How Many Generations a Puppy is Separate from Its Purebred Ancestor. Dog breeds that are described as F1 mean that either one of the parents is purebred. The more generations it is separate, the higher this number will be.

Back crossing is the process of mating an ancestral breed with a mixed breed dog. This means that F1B Labradoodles are the result of mating either a Poodle or Labrador with an F1 Labradoodle.

In some cases, it is also possible to stack back crossing layers. This means that breeders can also get F1bb Labradoodle puppies that are back crossed with a purebred Labrador or Poodle again.

But, what’s the point of breeding F1B dogs in the first place? Well, it’s a practice done by breeders in the hope of increasing the chances of puppies inheriting specific traits.

For F1B Labradoodles, in particular, most breeders want to achieve non-shedding coats. Some breeders also do this to increase the chances that F1B Labradoodles are small, given that miniature Poodles were used for every generation of back crossing.

However, take note that traits such as non-shedding coats can be inherited in an unpredictable way. This is because an F1 Labradoodle has 50% poodle gene and 50% Labrador genes. This means that they will inherit dominant genes that dictate the coat texture, length, and shedding from either one of their parents. This could mean that it may or may not be non-shedding. 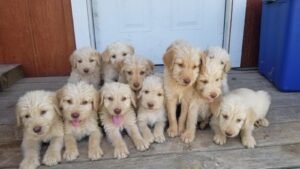 F1B Labradoodles have features that are unique to them. This include:

A Large or Mini F1B Labradoodle has higher chances of having hypoallergenic and non-shedding coats, making them ideal for those looking for a dog breed that will not make them sneeze all the time.

They usually have the same features as Poodles that have curly or wavy hair in terms of appearance. There are some instances when F1B Labradoodles have straight hair, but that is rare.

A full grown F1B Labradoodle has a higher chance of getting either very Poodle or Labrador-like personalities. But, since both Poodles and Labradors are gundogs, whichever side the puppies inherit are almost similar. This means that you can expect your F1B Labradoodles to be highly responsive to training, active, and clever.

Where to Buy F1B Labradoodles?

Nowadays, there are plenty of breeders selling F1B Labradoodles. The most important thing you have to remember when buying one is choosing a reputable breeder. Unfortunately, there have been many cases where dog breeders breed for the sake of profit without necessarily considering the well-being of the dogs and their quality of life.

The best way of getting a reputable dog breeder is by getting a referral from your family or friends. You could also ask your vet since they are most likely connected with breeders as well. You could also contact professional dog shows or local breed clubs for referrals. 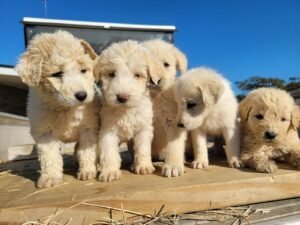 What is a Standard F1B Labradoodle?

Standard F1B Labradoodles are F1 Labradoodles bred with standard purebred Poodles or Labrador. Their height can be between 21 to 24 inches tall. On the other hand, weight can be anywhere between 50 to 80 pounds.

F1B Labradoodles are good because they are non-shedding, making them very desirable for sensitive dog hair. This is also why they are usually referred to as a hypoallergenic breed.

Moreover, F1B Labradoodles are also low maintenance. Their coat does not require frequent grooming to avoid mats and tangles.

How Big Will F1B Labradoodles Get?

The F1B Labradoodle size is one of its most discerning qualities. Ideally, first gen Labradoodles can weigh between 40 to 80 pounds, which is a pretty unpredictable range.

This is because poodles are much smaller compared to the average size of Labradors. This increases the odds of an F1B Mini Labradoodle or large based on the size of the Poodle or Labrador parent used in the breeding process.

Will F1B Labradoodles Cost More Than Others?

Since achieving them is more time-consuming and work intensive, it’s only natural to expect that F1B Labradoodle puppies would cost more than just ordinary Labradoodles.

Plus, the fact that they are quality non-shedding dogs makes them more desirable, increasing the demand for this variety of Labradoodles. This fact also increased the price of F1B Labradoodles.

The tagging system on F1B Labradoodles can be a bit confusing. But, when you understand how backcrossing works, it can be less complicated. By the end of the day, the most notable difference of F1B Labradoodles with others is its higher chances of a hypoallergenic coat. Other than that, it does not make that much difference in terms of their traits and appearance.